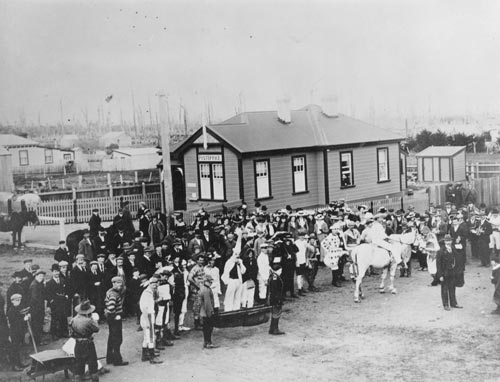 The opening of the Kaponga post office is celebrated with fancy dress in May 1903. The community had cause for celebration. In 1900 there was a site set aside for the post office, but it was occupied by a dilapidated cowshed. When Postmaster General Joseph Ward visited in 1902, he received a deputation of locals. Within 15 months this ‘showy little building’, as the local newspaper described it, was opened.