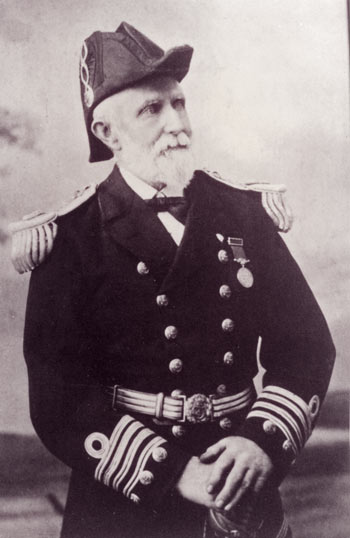 A remarkable number of people from the Channel Islands came to New Zealand especially in the 1870s. One was Emilius LeRoy, a sailor, who settled in the early 1850s in Auckland. He sent for his Guernsey fiancée, Catherine Tabel, and established a tent- and sail-making business in Queen Street. Active in the naval volunteers, he eventually became Captain-Commandant of the Naval Brigade, in which role he was photographed in 1889.

Yorkshire immigrants talk of work in New Zealand and at ‘home’