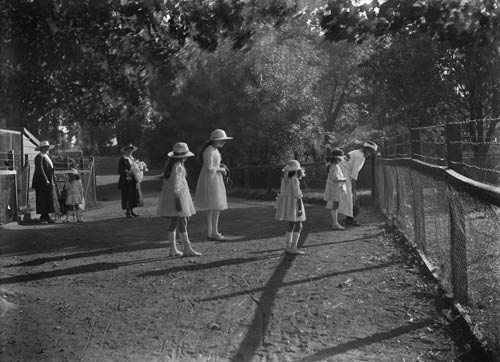 In the 1860s acclimatisation societies imported all manner of animals. Many had grounds where imported animals were kept in enclosures. The Canterbury Acclimatisation Society had its grounds in Hagley Park. It was not long before the public were referring to it as ‘the zoo’, and many mothers visited with their children to see the latest exotic animals.