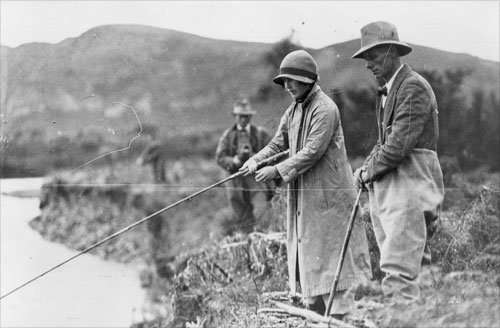 While more men than women traditionally went fishing, there were always some keen female anglers – such as the Duchess of York (later the Queen Mother), pictured here fishing the Tongariro River in 1927. A photographer behind her captures the moment while in the foreground her attendant looks on.