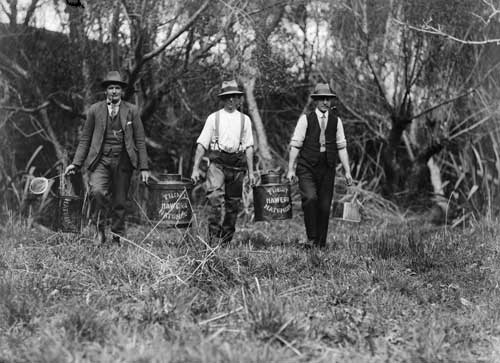 Men from the Hāwera trout hatchery in South Taranaki carry trout fingerlings in pails for release into a local stream in the 1920s. Most acclimatisation societies had their own hatcheries. They continued to hatch trout and release them long after the fish had successfully established wild populations that sustained themselves through natural spawning.

Anglers and their catch