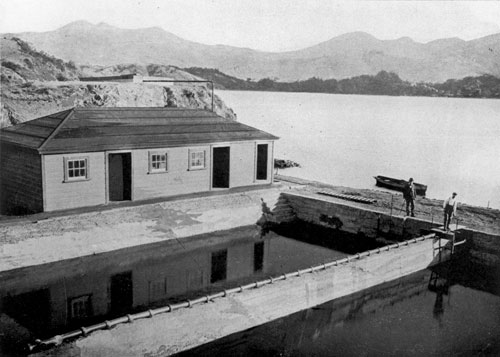 The Portobello Marine Laboratory, on Otago Peninsula, was built in the early 1900s as a fish hatchery, and was partly funded by several acclimatisation societies. The laboratory worked to help acclimatise marine species such as Atlantic herring, turbot, European crab and Australian prawns. None of the releases was successful and the station soon changed its focus to studying native species.