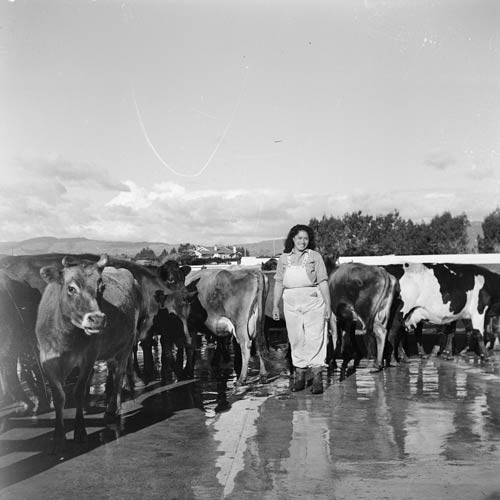 A land girl poses for photographer John Pascoe on a dairy farm near Rotorua in 1943. During the Second World War many women worked on farms, as men were away fighting.