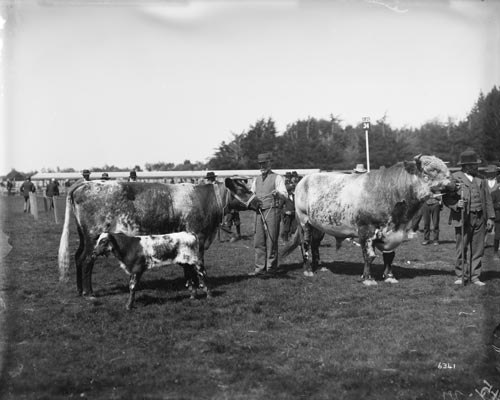 The agricultural and pastoral associations saw their primary role as improving farming. The early shows displayed high-quality animals in the hope that other farmers would attempt to produce similar stock. This proud farmer at the 1900 Invercargill show displays his champion cow, wearing a ribbon, with its calf. The bull on the right, with a ring in its nose but no ribbon, was apparently an also-ran.