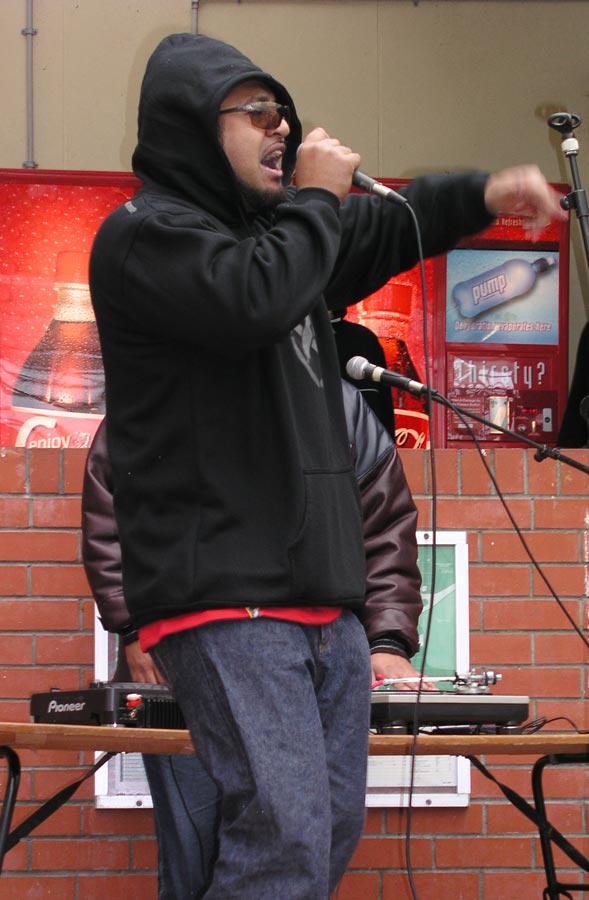 At the end of the 20th century, a younger generation of Samoan musicians drew on their urban experiences to communicate what it meant to be Samoan in New Zealand. The Wellington-raised Samoan King Kapisi, known to his family as Bill Urale, became one of the country’s best hip hop artists. His songs address topics such as the dumping of nuclear waste, the Dawn Raids on Pacific Island overstayers, and the negative effects of organised religion on Polynesian societies. He is shown here performing at Victoria University of Wellington in 2004.