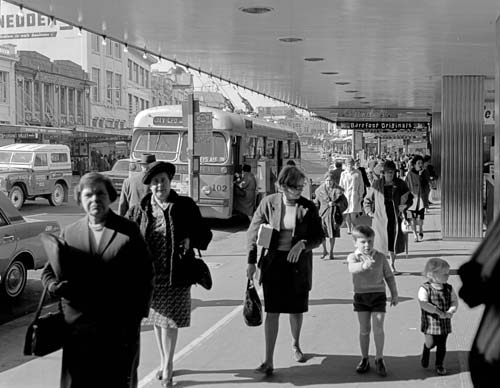 Shoppers wander along Karangahape Road (known as K’ Road) in 1970. By this time, suburban shopping malls and motorway construction had undermined the street’s status as one of Auckland’s busiest shopping strips. Declining trade led many businesses to close or move, and in the early 1970s K’ Road became a seedy red-light district. Since the 1990s, apartments have drawn new residents into the area and revitalised the strip.