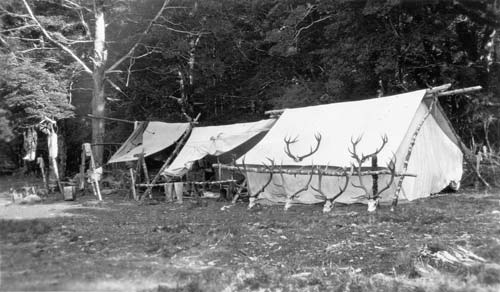 The Department of Internal Affairs paid deer cullers a retainer of £7 a week, four shillings per deer tail, and three shillings and sixpence per pig. They spent long periods in the bush with supplies dropped in by fixed-wing aircraft about every four months. The lifestyle was immortalised by Barry Crump in his books, especially A good keen man (1960). This cullers’ camp is at Cameron Flat, Otago, in 1930.