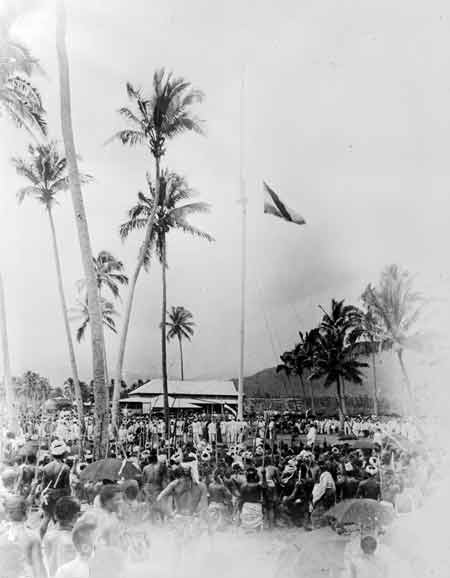 Samoa became a focus for the colonial ambitions of Britain, Germany and the United States at the end of the 19th century. In December 1899 America gained control of Eastern Samoa and Germany took over Western Samoa. The German flag was formally raised the next year. When the First World War broke out, New Zealand occupied Western Samoa, which it administered from 1920 to 1961 under mandates from the League of Nations and the United Nations.