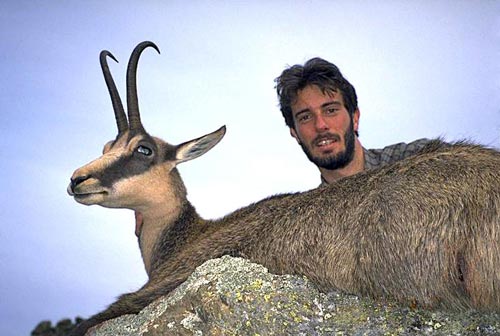 A hunter poses with a chamois he has just shot. Many hunters are interested in obtaining trophies – animals with especially large antlers. Goat-like chamois, from the European alps, were introduced for hunting, but spread so rapidly that by the 1930s government deer cullers were shooting them to keep numbers down. By the 1980s some 90,000 had been shot. Hunting from helicopters from 1978 to 1989 dispatched another 22,000. This has reduced the density of chamois, but they are still widespread in the South Island mountains.