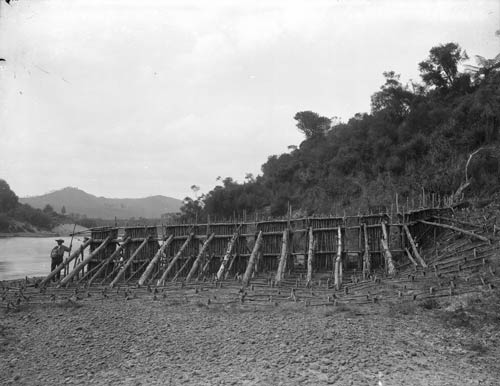 This large lamprey weir (utu piharau), photographed in the 19th century, is at Pungarehu on the Whanganui River. Māori were skilled at building such weirs – fence-like structures that stretched across part of the river’s current. At intervals along the weir there were outlets with nets, which would trap any lamprey swimming upstream. Lamprey and other freshwater fish were an important food for Māori living beside rivers.