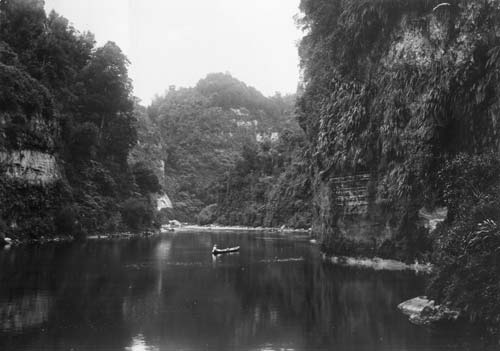 The Drop Scene near Pipiriki on the Whanganui River became known as an iconic beauty spot in the early 20th century. A paddle steamer took tourists up the river to enjoy the ‘Rhine of New Zealand’. The name 'Drop Scene' was given to the view because it looked like a painted theatrical landscape, although there was an existing Māori name, Aratira.