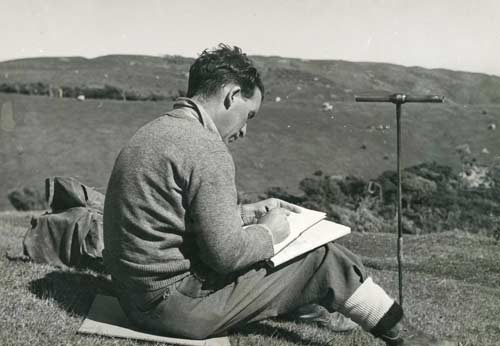 Working for the DSIR Soil Bureau, Harry Gibbs undertook soil surveys in the 1940s with little more than a spade, auger and notebook. The auger, a tool like a corkscrew, was an essential and speedy way to obtain soil samples. You twisted it down to a depth of a metre or more, but the trick was to get it out again without hurting your back.

From his work throughout the country, Harry Gibbs had an encyclopedic knowledge of New Zealand soils. He joined the Earth Science Department at Waikato University in 1970, and helped train a younger generation of soil scientists before his retirement in 1979.