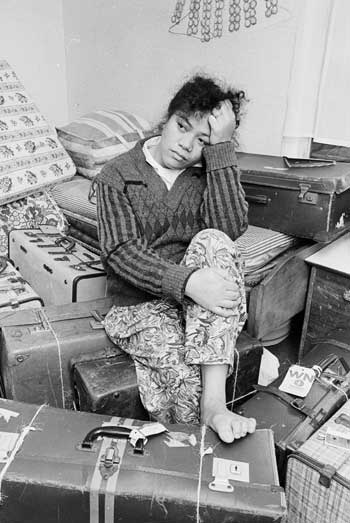 In the 1960s and early 1970s some Fijians, Tongans and Western Samoans arrived under a quota system, but many had only temporary visas and simply stayed on. This was ignored by the New Zealand government when the demand for labour was high. But when this diminished, overstayers were chased up (by means which included controversial dawn raids) and deported. This young woman was a member of a Tongan family who had been living illegally in Porirua. They were deported in 1991. Pacific Islanders continued to arrive as permanent migrants under a quota system which gave them some preference over other migrants.

oh Hi dea Nani...uhm you know why the New Zealand chase out only the Pacific Island people? Because they're racist.lol..seriously

Why did New Zealand have to