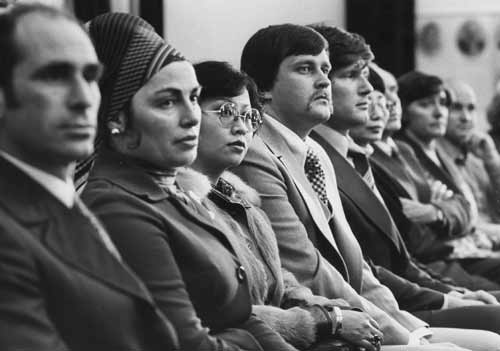 This image shows new citizens at a ceremony in Wellington in 1977. After an immigration policy review in 1974, British migrants had to apply for a permit like all other people seeking to enter New Zealand. In 1977, a new Citizenship Act removed the long-standing distinction between people from Commonwealth and other countries who wanted to become citizens of New Zealand. From that time, all those applying for citizenship had to meet the same requirements regarding length of residence in New Zealand, character, and knowledge of the English language.