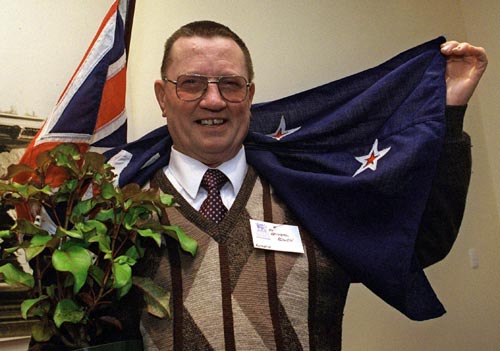 Ken Bowen, an Australian by birth, arrived in New Zealand in 1964 on a sightseeing trip. He stayed on and married, and by 2004 he had 20 Kiwi grandchildren and six great-grandchildren. He is shown here in 2000, when he became a New Zealand citizen. However, he confesses that when the All Blacks play the Wallabies at rugby, he has ‘a bet each way’.