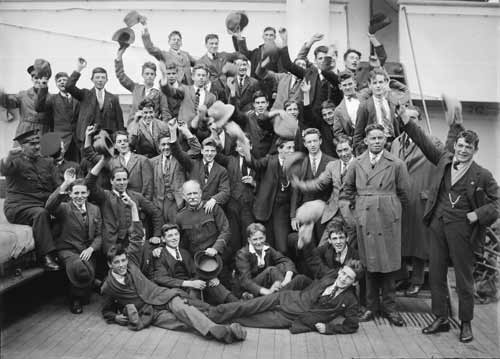 Between the two world wars, the vast majority of immigrants came from the United Kingdom and Ireland. To make it more certain that New Zealand would remain overwhelmingly British, schemes were introduced to help British people who might not otherwise have been able to emigrate. This group of young British men arrived in New Zealand in the late 1920s under a scheme run by the Salvation Army.