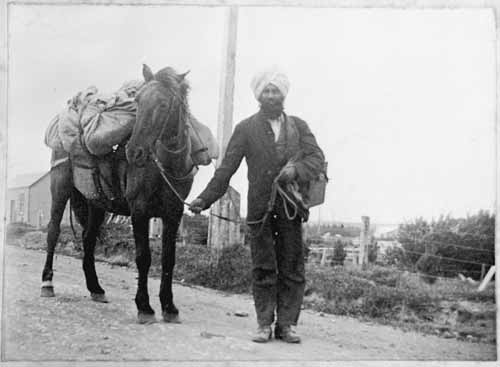 This Sikh, who worked as a peddler, was one of the early Indian immigrants to New Zealand. In the 19th century Indians were British subjects, and unlike the Chinese, they remained free to enter New Zealand. However, in 1899 the government began putting in place regulations designed to curb Indian immigration.

The first restrictions on immigration