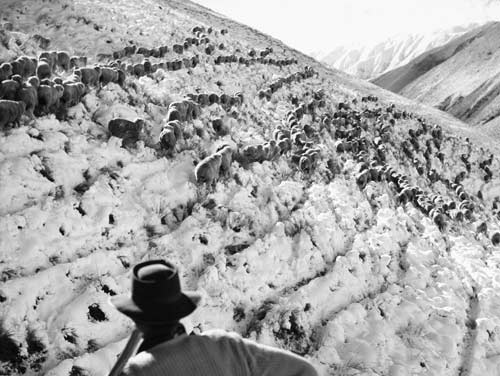 High country tussock grasslands have been extensively grazed by merino sheep. This flock has formed trails through snow on the Dalgety Range in South Canterbury. In much of the South Island high country, sheep are run at higher altitudes during the summer months and brought down to lower levels in autumn. Farmers and conservationists often have different views on how tussock grasslands should be managed.