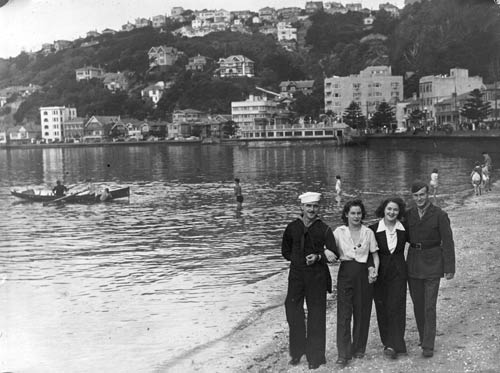 In 1942 Wellington became a training base for American forces fighting in the Pacific war. With thousands of New Zealand men away fighting in North Africa, local women often formed friendships with the visiting Americans. These women are enjoying a walk with two servicemen along the beach at Oriental Bay, around 1942.