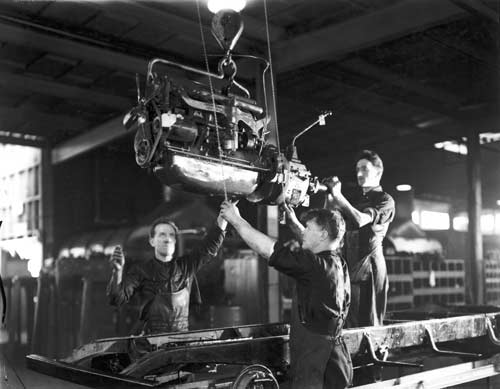 Workers build an engine at the General Motors assembly plant in Petone, around 1936. Because of its central position in relation to national markets, Hutt Valley became the hub of New Zealand’s car assembly industry in the 1920s. Among the international companies was a local firm, Todd Motors, which assembled cars for the Chrysler Corporation. After the Second World War it became an influential player in the industry.