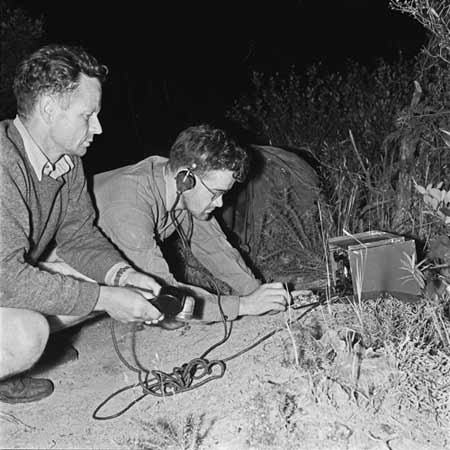 Two men use a radio during the search for lost tramper Stanley Vial, in February 1951. After the Second World War, search and rescue teams began to use radios. But in the 1950s the equipment was primitive and too heavy to be carried far.