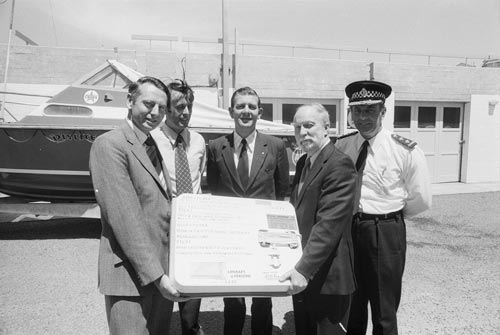 From left: Wellington Search and Rescue personnel R. A. Mackay, C. K. Watson, W. G. L. Barrell, Captain G. Henry and Inspector I. Croxford display the first air-drop life raft to be used in the Wellington region, in December 1973. Inflatable life rafts that could be dropped from planes were introduced in New Zealand in the early 1970s. They made it possible to help people in trouble at sea, if they could not be reached quickly by boat or helicopter.