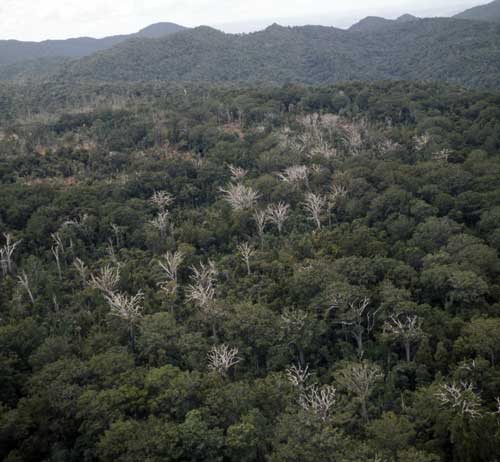 These dead, standing kauri trees on the Coromandel Peninsula were probably killed by the practice of bleeding gum. As gum became less common in the ground, diggers started collecting it from living tree trunks. Tree climbers would cut the trees to bleed them, returning months later for the gum. Bleeding kauri was banned in all state forests in 1905, when it became obvious that it was killing many trees.