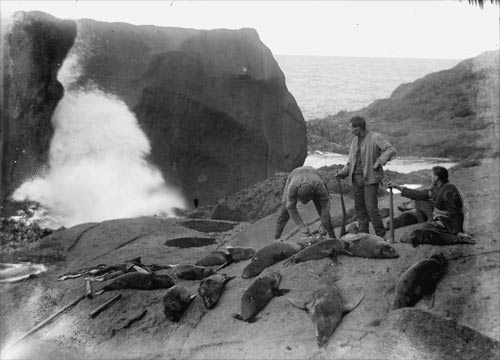 Both Māori and European settlers devastated the seal population around the New Zealand coastline. Huge numbers of seals were killed between 1792 and 1830 from Fiordland and the subantarctic islands. These men have clubbed a number of seals to death on Campbell Island, about 1913.