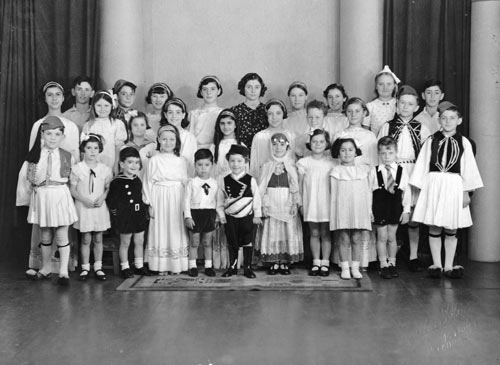 In the 1930s a Greek school was established in Wellington: the first teacher was Lefcothea Ambatzi (shown here in the back row). Lessons took place outside regular school hours and there was a strong emphasis on teaching the Greek language. Reinforcing Greek culture was also an important aspect of the programme, as the traditional costumes in this photograph suggest.