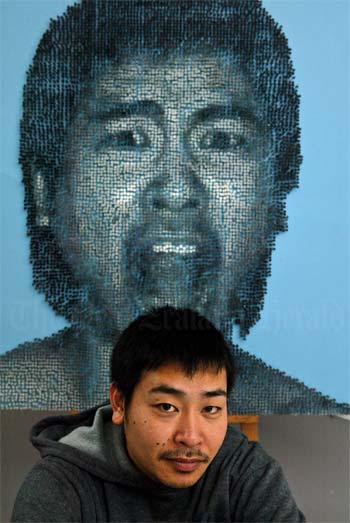 Japanese artist Ryuzo Nishida came to New Zealand in 1997, attracted by reports of the opening of Te Papa Tongarewa Museum of New Zealand. He has produced artworks as varied as sculptures, portraits made of chocolate, and videos influenced by Japanese popular culture. This self-portrait, made with painted nails hammered into a computer-enhanced photograph, was awarded first prize from 138 works selected for the 2004 Adam Portraiture Award.