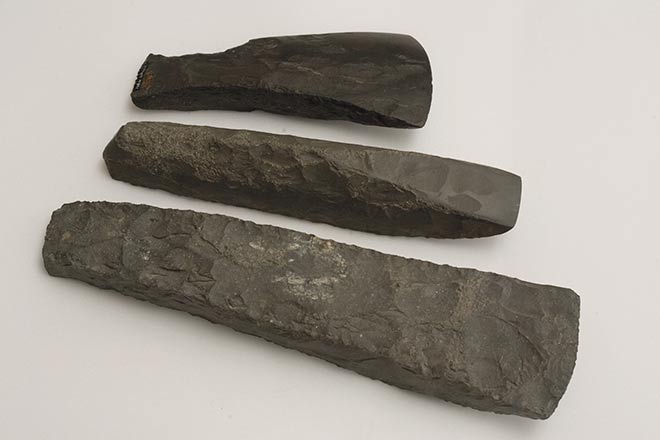 These argillite adzes and greywacke implements were found by Julius Haast at a large moa-hunter site at the mouth of the Rakaia River in 1869. Partly on the basis of these finds, Haast argued that the moa hunters were a distinct Palaeolithic people who settled in New Zealand before Māori. It is now thought that those who hunted moa were early Māori who took advantage of the birds’ ready availability and killed them primarily for food.