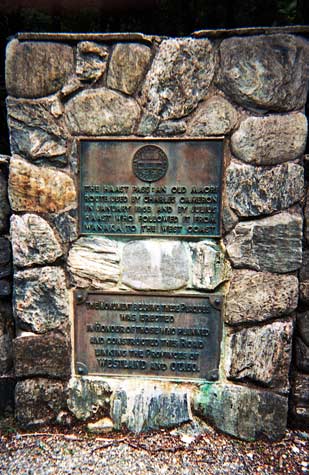 These plaques at Haast Pass note that it was an old Māori route. The first European to cross it was probably Charles Cameron, in January 1863. Julius Haast led a party in the next month, and they hotly disputed Cameron’s claim. Haast gained naming rights. However, in 1881 Cameron’s powder flask inscribed with the date was discovered on Mt Cameron, west of the pass, so his priority was established. The plaques state that Haast followed the route all the way to the coast, which was less likely to have been done by Cameron.

‘The Haast Pass: an old Maori route used by Charles Cameron in January 1863 and by Julius Haast who followed it from Wanaka to the West Coast.’

‘The monument bearing these plaques was erected in honour of those who planned and constructed the road linking the provinces of Westland and Otago.’