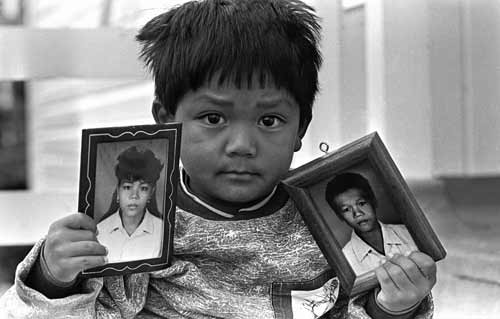 Four-year-old John Kuy holds photographs of his sister Rotha (left) and brother Norina, whom he is about to meet for the first time. In 1980 John’s parents made the difficult decision to leave their two Cambodian-born children with their grandparents and escape across the Thai border. In 1993 John’s father Bun Rith Kuy returned to Cambodia to fetch Rotha and Norina – reuniting the family after 14 years.