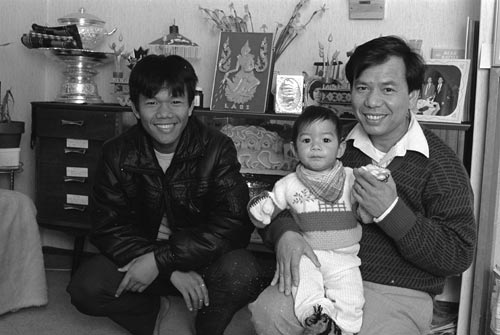 Souphong (right) like many other refugees, spoke very little English when he arrived in New Zealand. One of his first challenges was to learn the language. Trained as a teacher in Laos, he also spoke French but could not get a job in New Zealand as his qualifications were not recognised. He eventually found work in a biscuit factory. He was photographed with his sons in Wellington in 1988.