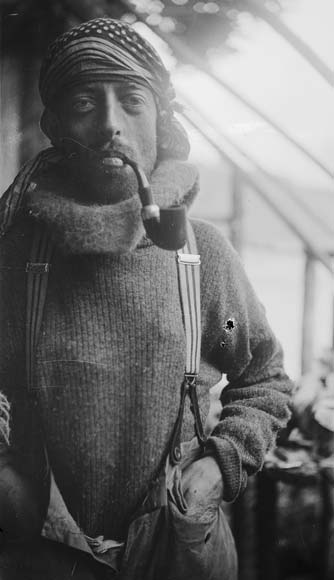 The amateur climbers of the 1930s were strongly represented in Canterbury, where they pioneered climbs in the Waimakiriri and Rakaia river catchments. John Pascoe, posing in this self-portrait taken after a trip up the Adams valley in 1936, became their chronicler, photographer and publicist.