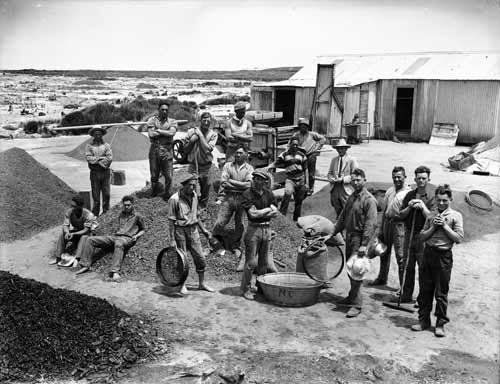 Dalmatians came from the Adriatic coast of Croatia, which was, until the First World War, part of the Austro-Hungarian Empire. They formed a significant proportion of the ‘aliens’ who became naturalised in the years leading up to the First World War and between the wars. Large numbers of Dalmatians settled in Northland and worked the kauri gumfields. This group of Dalmatians and Māori were photographed in 1933 washing gum dug from a field near Awanui.

Numbers of people naturalised, by major country of origin, 1919–1939

Grants of New Zealand citizenship, by major country of origin, 1997–2002