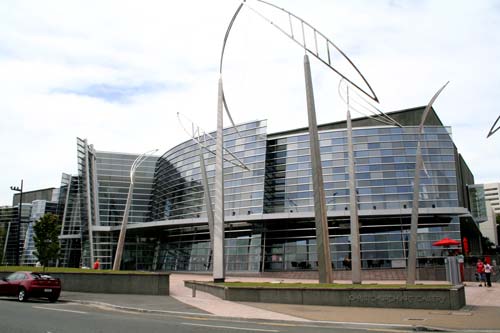 The Christchurch Art Gallery, which opened in 2003, replaced the Robert McDougall Art Gallery as home for the city’s extensive art collection. It was the largest art institution in the South Island and featured two floors of exhibition space, educational areas, an auditorium and retail outlets. Used as civil defence headquarters after the February 2011 earthquake, it was later found to have substantial damage and closed until 2015.