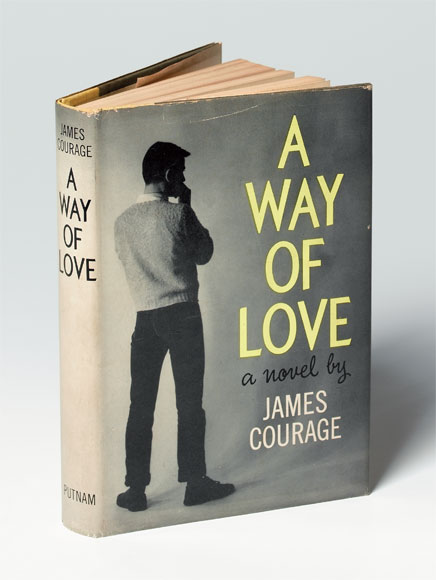 Born in 1903, novelist James Courage grew up on his family's farm near Christchurch, and boarded at Christ College before going to Oxford University. He remained in England and developed his talents as a poet and fiction writer. Most of his novels are set in New Zealand, but A way of love (1959) takes place in England, and focuses on a young man's homosexual relationship with an older man. Its subject matter led to the book's banning in New Zealand. By the late 20th century it had come to be viewed as a milestone in New Zealand gay literature. This is the cover of the 1959 American edition.