First lessons in the principles of cooking 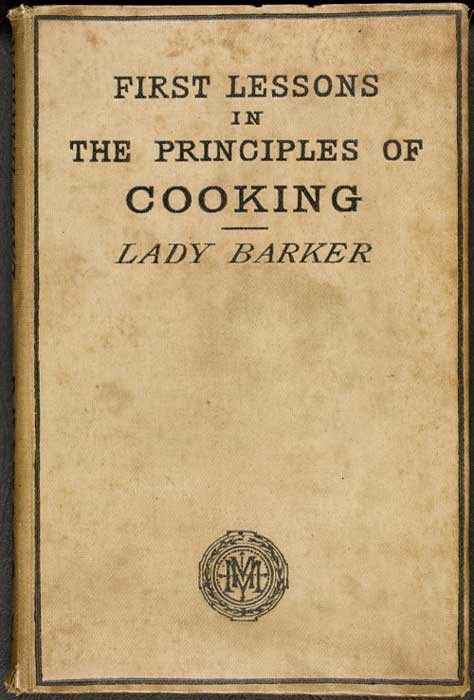 Lady (Mary Anne) Barker, who had been forced to learn to cook when she arrived in New Zealand to live on a Canterbury station in 1865, later returned to England and wrote First lessons in the principles of cooking. She had been unable to get experienced domestic helpers who were willing to stay at the remote station – and no one who knew how to cook. When she tried it herself she found cookbooks assumed too much knowledge. They were ‘not in the least use in the world until you know how to cook and then you can do without them. Somebody ought to write a cookery book which would tell an unhappy beginner whether the water in which she proposes to put her potatoes is to be hot or cold; how long such water is to boil; how she is to know when her potatoes are done enough … and similar things which make all the difference in the world.’ (Lady Barker, Station amusements in New Zealand. London: William Hunt, 1873, p. 193.)