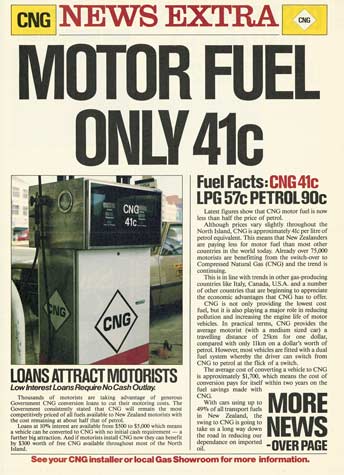 CNG (compressed natural gas) was very popular in the early 1980s as an inexpensive alternative to petrol, which was costly due to high oil prices. The government offered low-interest loans for the conversion of motor vehicles to CNG. However, conversions were not cheap (costing on average $3,500 in 2005 dollar terms). As oil prices dropped in the late 1980s, CNG lost its cost advantage.