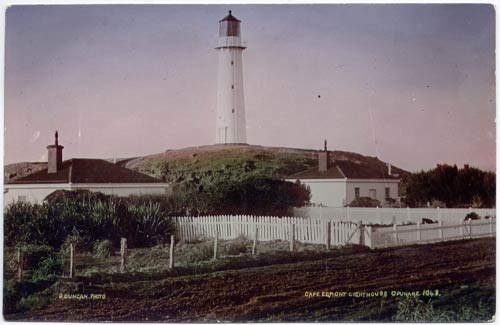 Initial siting of lighthouses did not always prove successful. The Brothers islands were quickly recognised as the best site for lighting the north-west approaches to Cook Strait, but because of the difficulties of building there, this lighthouse was originally built on Mana Island in 1865. However, it was easily confused with the light at Pencarrow, which led to the wrecking of the City of Newcastle (1872) and the Cyrus (1874). A new light was established at The Brothers in 1877, and this lighthouse was dismantled and moved to Cape Egmont, where it was lit in 1881. The light was connected to the main grid in 1952 and demanned in 1986.