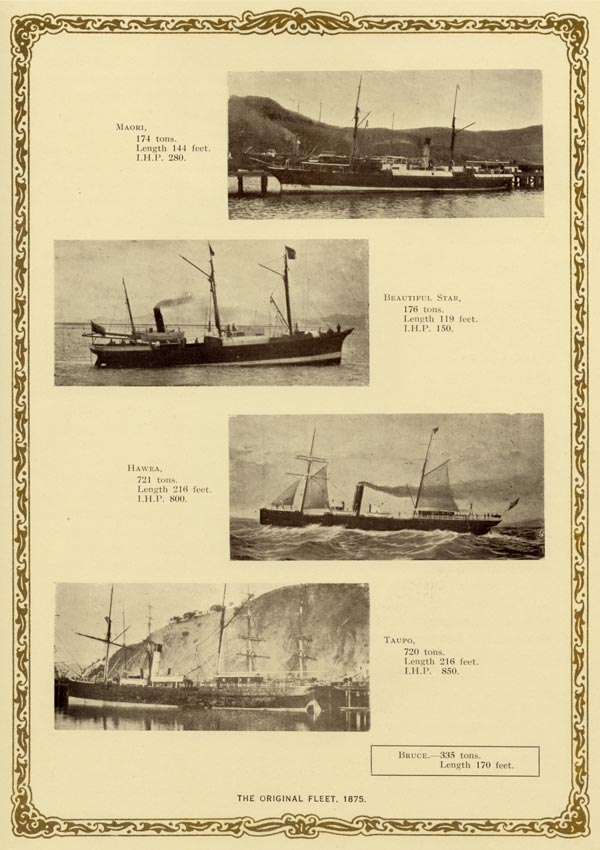 In 1875 James Mills formed the Union Steam Ship Company of New Zealand to take over the Maori, Beautiful Star and Bruce from the Harbour Steam Company, and to build the Hawea and Taupo in Scotland. The new 720-ton ships were big – comparable to sailing ships trading to the United Kingdom – but more importantly, their new compound steam engines were much more efficient than the competition’s. Ships like these made travel safe and reliable.