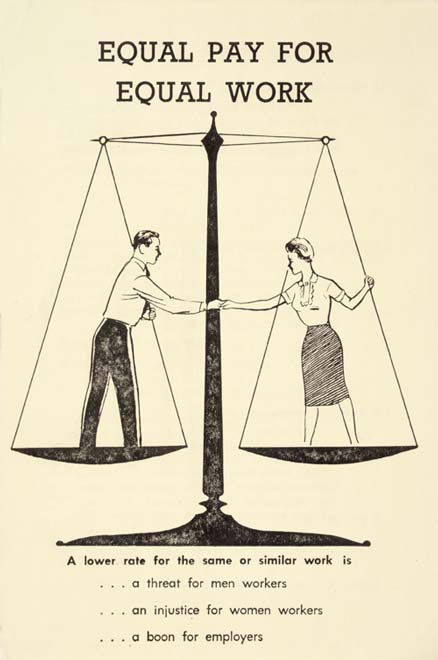 Until the 1970s women were often paid less than men doing exactly the same work. Under pressure from unions, the government began moving to equalise pay rates in the public service from about 1961, when this poster was produced. The caption reads, ‘A lower rate for the same or similar work is … a threat for men workers … an injustice for women workers.’