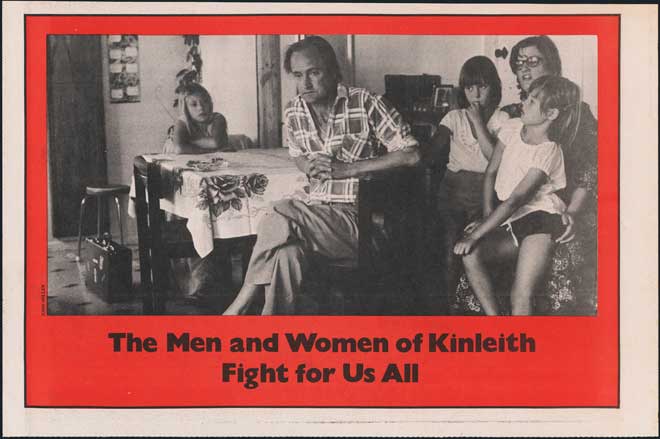 This Federation of Labour poster shows Bruce Scadden, a worker at the Kinleith pulp and paper mill, his wife Lorraine and three of their five children. In 1980 Bruce, along with other workers at the mill, went on strike to protest the Muldoon government’s wage and price freeze. The poster quotes him saying, ‘We’ve sold our car and then I just had to go along to the bank and get an overdraft.’ Other unions contributed funds to support Kinleith workers and their families during their successful three-month strike.

Image courtesy of the New Zealand Council of Trade Unions.