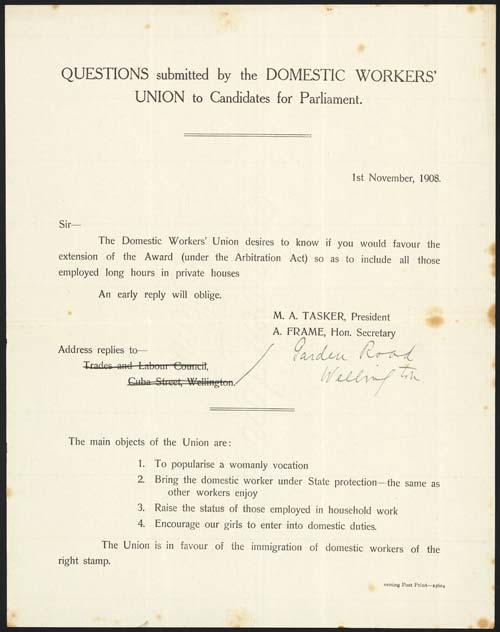 The Domestic Workers’ Union, representing house servants, cleaners and other domestic staff, sent a list of questions to all candidates in the 1908 general election asking their support to extend their award to cover all domestic workers. The Industrial Conciliation and Arbitration Act 1894 encouraged the formation of many new unions, because employers were then legally required to negotiate with them. The act also meant that many workers became union members for the first time.

Arbitration on the West Coast, 1896