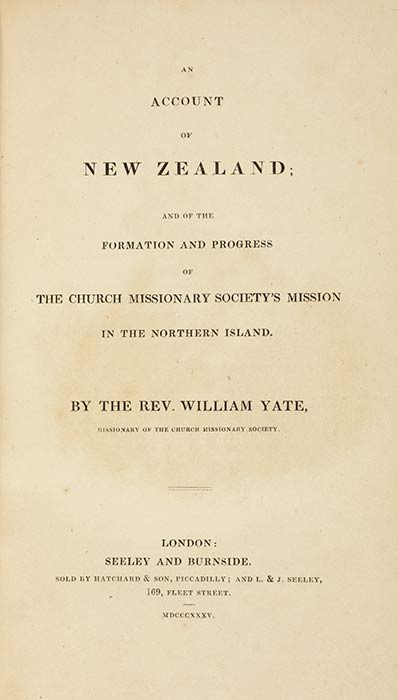 William Yate's An account of New Zealand, like other descriptions by missionaries, contained acute and sometimes unconventional observations of local life and customs. Discussing the Māori practice of slavery, he wrote, 'I have known some slaves of a bold and daring spirit, who have thrown off the yoke, and have assumed an authority which their possessors dare not to repel. Some masters are peculiarly kind to their captives, and allow them, in almost every thing, to have their own way; and in no instance, nor under any circumstances, have I known a case where a slave has been afraid freely to enter into conversation with a chief, or to treat him with the utmost freedom and unconcern.'

Alexander Turnbull Library
Reference: William Yate, An account of New Zealand and of the formation and progress of the Church Missionary Society’s mission in the northern island. London: Seeley and Burnside, 1835 (B-K-393-TITLE)