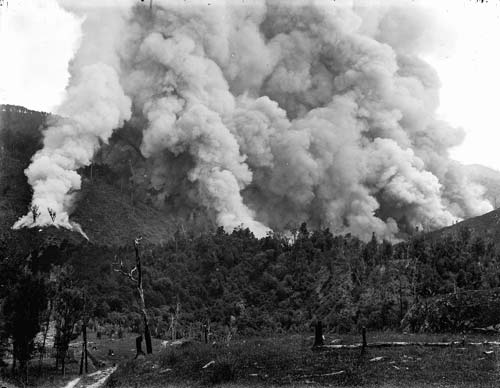 From the 1840s until the early 1900s, forests were burnt to clear the land for farming. Grass was sown soon after, but blackened stumps remained for many decades. This burn-off at Puketora Station, in the North Island’s East Coast region, occurred some time between 1900 and 1920.

Download the document to read an extract from a 1868 parliamentary debate about the burning of forests. Thomas Potts made what is considered to be the first conservation speech in the New Zealand Parliament. Unfortunately, his audience was unsympathetic. Potts died in 1888, and his contribution to conservation was not recognised until almost a century later.