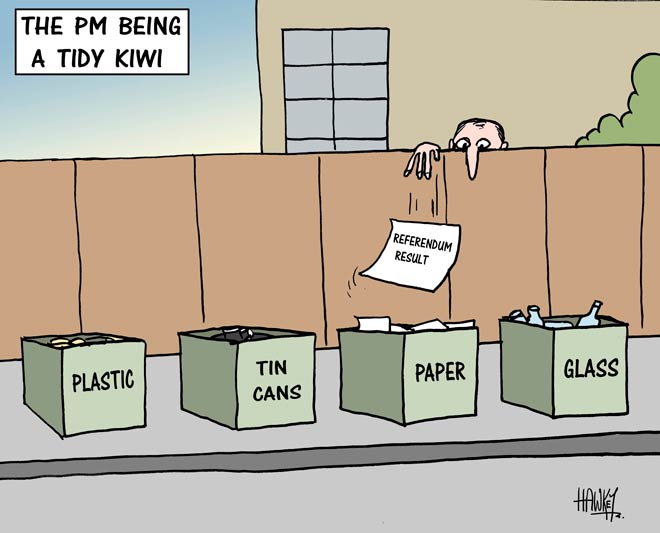 In this 2009 cartoon, Prime Minister John Key is being a 'a tidy Kiwi' by throwing referendum results into the recycling. The specific reference is to the 'anti-smacking' referendum of that year. Between 1994 and 2016 only five citizens-initiated referendums (CIRs) were held. In each case, the government of the day ignored the results. This called into question the value of CIRs as anything more than a way to publicise an issue.