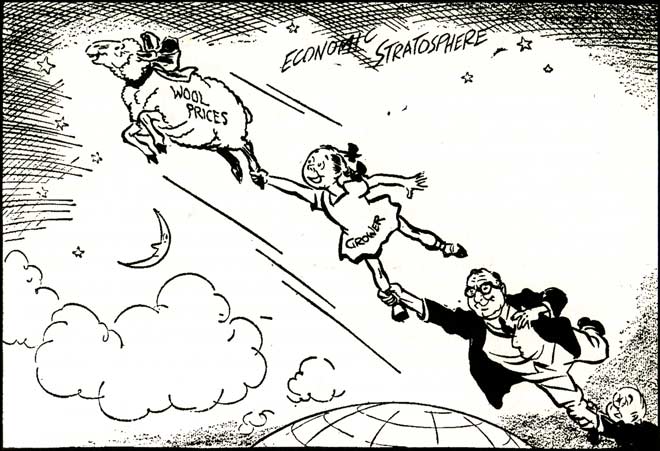 This cartoon, published in the New Zealand Herald in November 1950, alludes to the wool boom that resulted from the Korean War. The war caused shortages of many of the products New Zealand imported. However, in 1950 New Zealand was the world's third-largest wool producer, and the economy boomed as the United States' demand for wool soared. The US was stockpiling the wool in case the Korean War escalated. From February to July 1951, New Zealand's waterfront industrial dispute slowed sales, but overall it was a prosperous time for farmers.