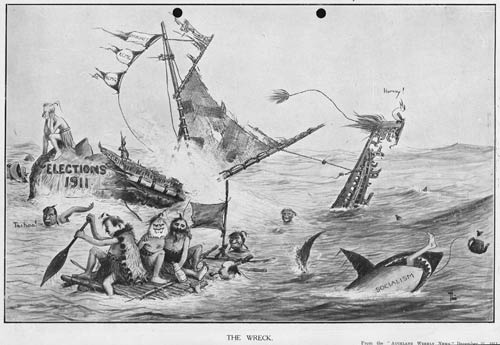 Joseph Ward, who became prime minister in August 1906, had to contend with a large and unruly caucus, and from 1908 his cabinet was not very able. A lack of clear policy direction and arguments among his supporters in Parliament weakened the government in the public's eye. Following a deadlock in the election of 1911, in which his political aspirations were demolished, Ward resigned in March 1912. This cartoon depicts Ward and two of his ministers on a raft, trying to survive the 'wreck' of the election.